Your writing may look different lately.

You may not be working on that article or novel.

Instead, you may be sending cards of cheer. Notes of encouragement to friends and loved ones.

That’s good. Because our writing should reflect what is in our hearts. I’m guessing most are turned toward love, empathy, and compassion at times like these.

Completing that book or writing those reviews may not be what is priority right now.

Let your heart and soul direct you to look beyond yourself and your circumstances. Let your writing speak to the needs of others.

As authors, our words have the power to move, exhilarate, spread compassion.

Our words travel via the internet, telephone lines, and Hallmark cards.

Whatever the vehicle, communication of how much we care is the key.

I wish you health, safety, and the knowledge that God is in control.

He loves and cares about us infinitely more than is possible for us to comprehend. 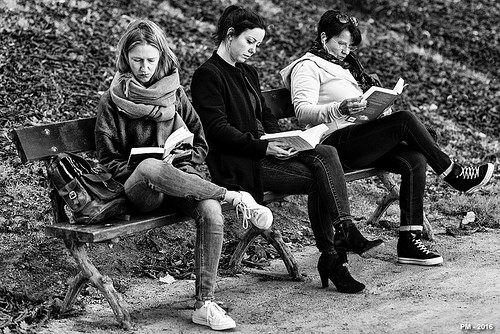 I love to read.

I read a lot of books.

When deciding what I liked about a book, I don’t look at things like writing style, typographical errors, or if certain elements showed up at exactly the right number of pages into the book. I’m not reading to be critical of someone else’s work.

I have my reader’s hat on and I am reading for enjoyment or for information. If what I am reading delivers, I am a happy camper.

So, in the case of reading fiction, what is it that makes a book enjoyable for the masses?

Here are a few observations. (Please feel free to write in and add any to the list that I may have forgotten). 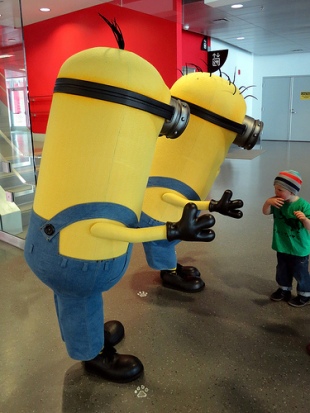 One of my relatives is fantastic…colorful…quirky.

At least a dozen times in the space of a fifteen-minute conversation, she ends a sentence with, “Ya know what I mean?”

Here’s an example of something she would say:  “I left the house and realized I hadn’t closed the garage door. I had to drive all the way back. It almost made me late to work. Ya know what I mean?”

I try to overlook it, even though at times it is VERY distracting.

However, it is the perfect example of something authors can use to make their characters real…human…interesting…unforgettable.

There’s a fine line, though, between making our characters unique and belittling or mocking certain traits/habits they might have. The very thing you and I might think is clever, might offend a reader—especially if they happen to identify, on a personal level, with what you have written.

Imagine a nail biter reading about a character that constantly bites her nails.

Or someone with a small tic or speech impediment that encounters a character in a book that has the same difficulty.

How can we use some of these characteristics and still be empathetic?

First of all, we need to realize that these characteristics evoke real feelings in readers. Then, being sensitive to that fact, we make sure that we don’t present them as flaws to their worth as a person…don’t use them as demeaning remarks.

In fact, we can turn some of them around, making them their “saving grace,” their “redeeming quality”…the very thing that serves to transform other characters in the story as they come to know and love them.

Just last week, I started working on a new novel—one involving a mentally handicapped young man. From page one, it must be a constant effort on my part to be true to his intrinsic worth as a person. Although some of the things he does are humorous, the thrust of the story is not to laugh at him, but show the growth of the other characters in the story because of his involvement in their lives.

Sensitivity to our readers—and our characters—is just one more thing authors must keep in mind when choosing vocabulary, writing scenes, and developing characters.

Ya know what I mean?

(Note: The character arc is the subject of a previous post. See in “archived posts.”)

I like my characters for different reasons. In Runaways, I like Charlie because of his quirky grammar and mannerisms; I like the way Claire, Charlie’s wife, reacts like a mother hen to those around her; I love Jake for his bravery and the fact that he is an overcomer; I appreciate Hound because he is always loyal and protective of Jake.

So, that leaves the villain of the story, Ethan. For two-thirds of the way through the book, I didn’t like him. After all, he is a liar, a murderer, and abusive to his son. But, then something happened. Ethan started to come alive. He forced me to take a look, not at his outward actions, but at his very soul. He forced me to dig deep.

Ethan challenged me to tell the story of his own past in such a way that it could be woven together with the present, making him a character deserving of the reader’s empathy. He showed me that he was redeemable—that he was, in fact, someone my reading audience would end up cheering on in his struggle.

Yes, I like Ethan because he forced me to take a look at all of his ugliness and, yet, find within myself the desire and power to forgive him. If, as a writer, I could offer him unconditional love, then I could write his storyline in such a way that readers could, too.

Through the power of story, characters evolve and the life lessons they learn are sometimes ones we find that we need to learn, too. Jake, Ethan, and Charlie take us on a journey through their struggles and bring us all to a place of hope for the future.