Several years ago, driving back home from visiting relatives in Las Vegas, I pulled out a yellow legal pad and began writing as my husband drove us back to Phoenix.

The next day, I sat down at the computer, pulled up a blank document, and typed in all six thousand words. I intended to get back to the story someday, but needed to focus on my work already in progress.

I didn’t give the story another thought until…

Fast forward to this morning.

Looking for something previously written to possibly rewrite into a short story for an anthology, I remembered the long-forgotten document.

And, now I sit here, crying my eyes out as I read the emotional story.

Will I use it for the short story project?

I now realize it has the potential for becoming “the book I always wanted to write.”

So, here is my point: Don’t throw out anything. I mean anything. Keep a file of stories… paragraphs…even sentences that you like. You never know when you’ll need them or when a situation will arise where you can use them.

Just as plants germinate, so does the written word…

Looking for that perfect day to push through fertile soil and flourish! 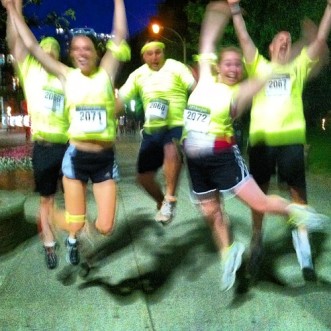 You are beginning to write Chapter Six.

Before you start to type, you ask yourself how the chapter fits into your overall plot. What do you want to include? How should the chapter begin?

But, if you do know how you want the chapter to end, try this:

Start at the end (the part you do know) and write backwards until you get to the beginning scene of the chapter.

Even if you’re not stuck, you may find this to be a great exercise. You will be forced to focus on exactly where you want to take the reader—from point A (beginning scene) to point B (the cliffhanger that makes them want to read more).

Sometimes simply getting a visual of where you want to end will inspire you to write a stellar beginning.

Someone asked me the other day where I write. I quickly answered, “In my home office.” But, that simple question got me thinking about the endless possibilities of places to write that would be relaxing, inspirational, or energizing. And before I knew it, I was generating a list for future reference which I thought I would share, here. Sometimes a simple change of scenery might be just what you need to kick-start your writing day.

I closed my eyes and started my list at home: on a lounge chair in the backyard under a leafy tree; in the comfy reading chair in the bedroom; at the kitchen table with a cup of coffee; on the sofa in my husband’s “Man Cave” (television off and when he’s at work, of course); floating on a raft in the swimming pool.

I expanded my space to include my neighborhood: at the common area we call the “park”; on a bench at the end of the street; at the table in a quaint little gazebo in the middle of our subdivision.

I came up with quite a few more as I enlarged my thoughts to include our entire city:  near the fish pond about a mile from my house; in the sports park (when no games are being played); at one of dozens of coffee houses throughout the city; on a porch swing; in a flower garden; near the sandbox where several children are quietly playing; near a waterfall; in a mall or the corner of a bookstore.

Since I love to travel, I began to think of inspiring places which could easily be compiled into a writing bucket list: sitting near Niagara Falls; overlooking the ocean; in a warm cabin with snow falling outside; on a deserted island; on a sailboat; in the rainforest; at the top of Mount Everest; at the base of the Statue of Liberty; at the President’s desk in the White House; in an art museum; on an airplane; in a hot air balloon; on the porch of the Grand Hotel on Macinac Island.

That list led, conveniently, to when I could write: at sunset; at dawn; during a blizzard; in the middle of the night; after a good meal; on a spring morning.

I found that I could keep making—and adding to—list after list. I plan to reread them when my inspiration seems to be depleted. When ideas aren’t coming as fast, and as clear, as I feel they should. Using them to give me that spark—that edge.

So, thanks for the original question. I think I’d better grab that cup of coffee, walk down to the gazebo, and get to work. How about you? Care to try some place new and inspirational?

Have a great day!